No Comedian at the White House correspondents dinner

With no comedian and no Trump, author Chernow gives White House correspondents’ dinner a reset 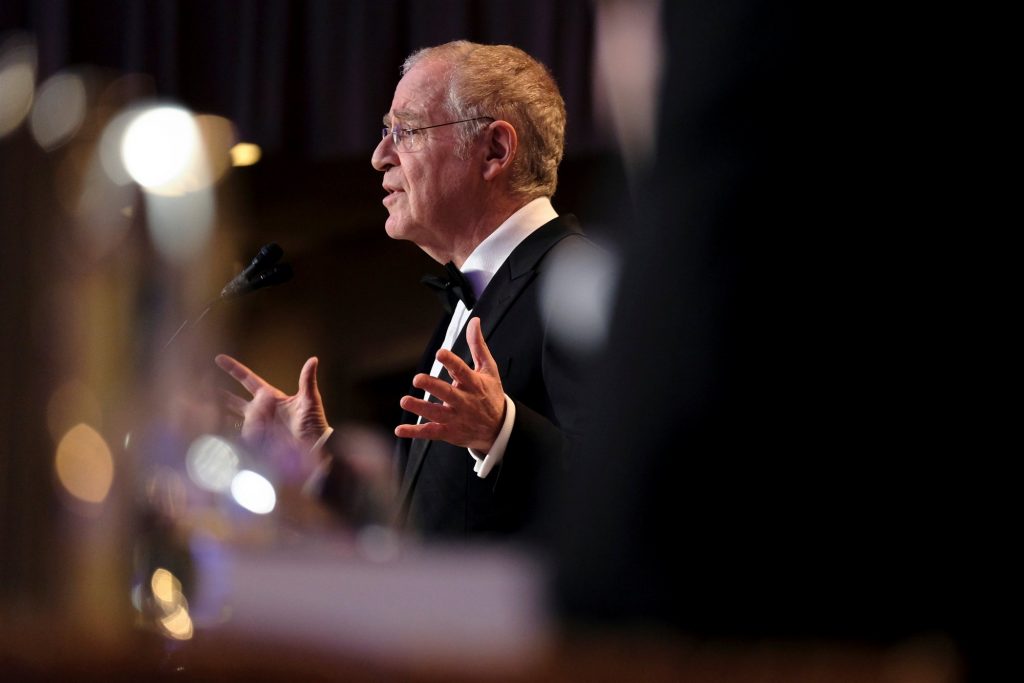 WASHINGTON — With no comedian, few if any celebrities, and an edict from President Donald Trump that administration staff should not attend, the White House Correspondents Association’s annual televised dinner was largely expected to fizzle on Saturday.

Instead, Pulitzer Prize winning “Hamilton” author Ron Chernow provided a reset for an event that had received attention for all the wrong reasons of late.

Last year, the association denounced its own comedian, Michelle Wolf, after she drew criticism for ridiculing White House press secretary Sarah Sanders in her monologue.

Chernow sought to make up for the lack of a comedian with a powerful mix of humor and history. There were no belly laughs, but an amusing and informative look at presidential relations with the press through the centuries.

The author began by recalling President George Washington, but soon moved on to contemporary matters. And while he stayed largely clear of the controversial terrain of last year’s event, Chernow didn’t pull any political punches.

He joked that there was a rumor he’d been reading the redacted portions of the Mueller Report and talked of “our surreal interlude in American life.”

“Our precious Republic feels fragile, even perishable and after the shooting at the synagogue in San Diego today, our civil society feels fragile as well,” Chernow said on a more serious note.

“I shudder at the sheer savagery to which Washington politics has descended.”