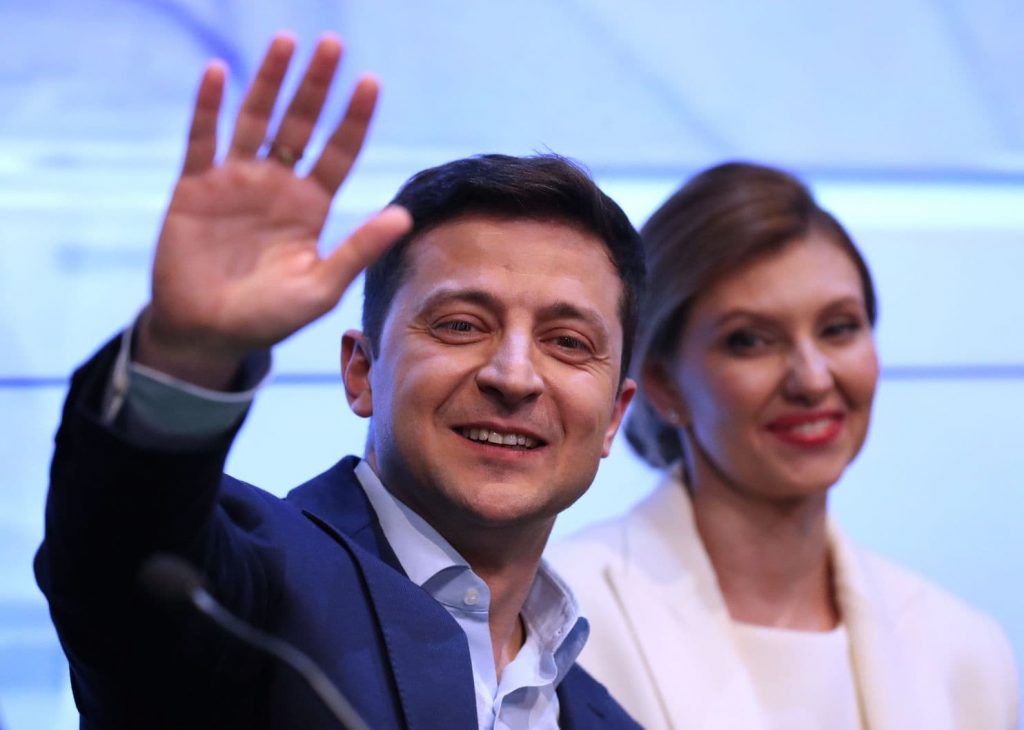 Volodymyr Zelensky was just voted in as Ukraine’s next president. Here he talks to journalists after taking a drug and alcohol test at the Eurolab diagnostic center on April 5, 2019. Pyotr Sivkov\TASS via Getty Images

Ukrainians on Sunday overwhelmingly voted to make a comedian their next president — ushering in a new era of politics in the struggling country.

Volodymyr Zelensky, a famous comedian who portrayed Ukraine’s head of state for years on a popular comedy show, defeated the incumbent president, Petro Poroshenko, who had been in power since 2014.

According to exit polls, Zelensky won a staggering 73 percent of the vote. Poroshenko conceded the race not long after polls closed.

Zelensky — or “Ze,” as he’s more popularly known — has no prior political experience and hasn’t offered a detailed blueprint for how he would govern. But he struck a populist, anti-corruption message during the campaign that clearly resonated with millions of Ukrainians suffering from poverty and government graft. That, plus his previous celebrity, made him a formidable force during the Eastern European country’s election.

The big question now is if he can follow through on his promises to stamp out undue oligarch influence in Kyiv and turn Ukraine’s economic fortunes around. After all, the comedian has no prior political experience and didn’t offer a detailed governing blueprint during the campaign.

Clearly, though, Ukrainians believe Zelensky embodies the change they hope he can bring to a struggling nation.

“There’s been a desire for a new face for a long time,” Melinda Haring, a Ukraine expert at the Atlantic Council in Washington, DC, told me before the election. “It was clear the people wanted someone without the same baggage and connections to political dinosaurs.”