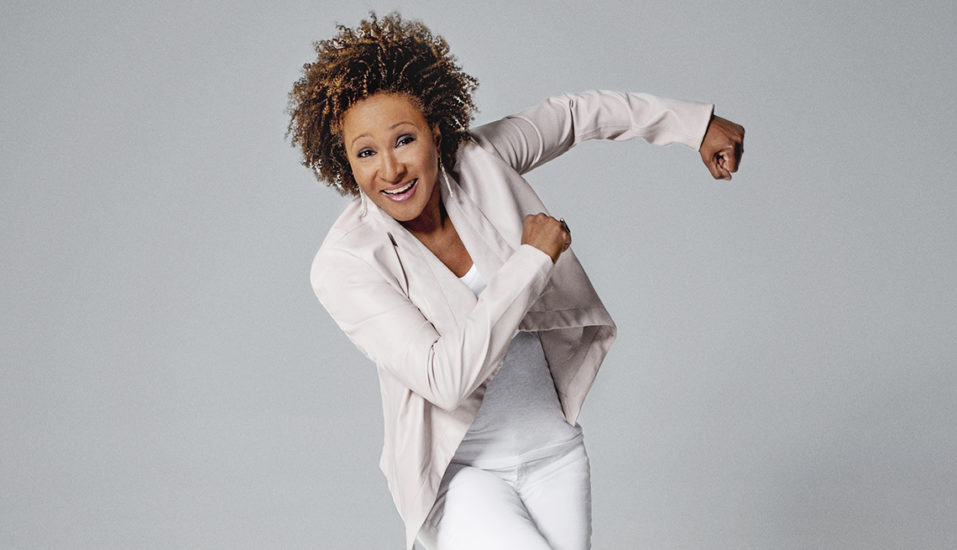 Wanda Sykes (born March 7, 1964) is an American actress, comedian, and writer. She was first recognized for her work as a writer on The Chris Rock Show, for which she won a Primetime Emmy Award in 1999. In 2004, Entertainment Weekly named Sykes as one of the 25 funniest people in America.[1] She is also known for her role as Barb Baran on CBS’ The New Adventures of Old Christine (2006–10) and for appearances on HBO’s Curb Your Enthusiasm (2001–11).

Born in Portsmouth, Virginia,[2] Sykes’ family moved to Maryland when she was in third grade.[3] Her mother, Marion Louise (née Peoples), worked as a banker, and her father, Harry Ellsworth Sykes, was a U.S. Army colonel employed at the Pentagon.[4]

Sykes’ family history was researched for an episode of the 2012 PBS genealogy program Finding Your Roots With Henry Louis Gates Jr. Her ancestry was traced back to a 1683 court case involving her paternal ninth great-grandmother Elizabeth Banks, a free white woman and indentured servant, who gave birth to a biracial child, Mary Banks, fathered by a slave, who inherited her mother’s free status. According to historian Ira Berlin, a specialist in the history of American slavery, the Sykes family history is “the only such case that I know of in which it is possible to trace a black family rooted in freedom from the late 17th century to the present.”[5]

Sykes attended Arundel High School[6] in Gambrills, Maryland, and went on to graduate from Hampton University,[6] where she earned a bachelor of science degree in marketing[2] and became a member of Alpha Kappa Alpha. After college, her first job was as a contracting specialist at the National Security Agency,[6][7] where she worked for five years.[8]