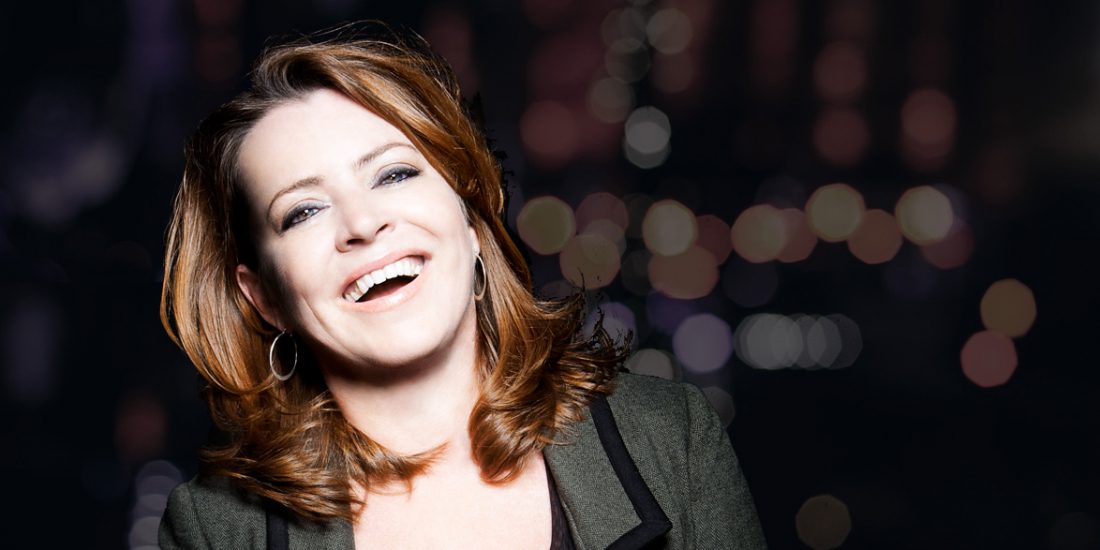 Kathleen Madigan (born September 30, 1965) is an American comedian and TV personality. In addition to her stand up comedy performances, she is a regular guest on a variety of U.S. television programs.

Kathleen Madigan is one of seven children in the large Irish Catholic family of Jack and Vicki Madigan, a lawyer and a nurse respectively.[1][2] She grew up mostly in the St. Louis suburb of Florissant,[3] although the family also lived for periods of time in House Springs, Missouri and in the Lake of the Ozarks region of central Missouri.[1] Madigan received the first eight years of her education largely in private Catholic schools, although she also attended the public school of the Osage.[1] It was there she excelled as a student athlete, participating in volleyball, track, and basketball.[1] In the latter, she set a record by winning the 1978 Mid-Missouri Hoops Shoot Championship. At the time 4’5″ tall, she was the shortest person to ever win the event.[4][5] She shot under-handed, sinking 14 of 15 attempts.

Madigan attended McCluer North High School, graduating in 1983.[6] She admitted in a 2012 interview with St. Louis Magazine, however, that she participated in few activities like float decorating or prom, choosing instead to work at a steakhouse where she could make up to $200 per night.[1] Madigan attended University of Missouri–St. Louis for two years, but, according to Madigan, all she did was accumulate $7,000 in campus parking tickets.[1] At Southern Illinois University Edwardsville, she earned a B.A. in Journalism in 1988.[6] While at SIUE she was in charge of the student newspaper and also served an internship with the St. Louis Blues professional ice hockey team.[7]